Don’t Miss Out! Students Get 10% Off All. Year. Round. Find out more

SUITCASE Magazine is a print magazine and website dedicated to helping the next generation of travellers to discover global destinations and cultures beyond the standard tourist path.

While staycations are the number-one getaway option for the remainder of 2020, we’re taking a gander on our doorstep to those pockets of escapism with a more international flavour. Expect an Amalfi Coast lookalike, waterfalls to rival the natural beauty of Iceland and Bali’s alter ego in Dorset…

1. Norfolk, England… to feel like you’re in the Provence, France

If you’d been hoping to frolic the perfumed fields of Provence this summer, Norfolk’s lavender meadows are a delightful alternative. Founded in 1932, this world-famous West Coast farm stretches over 100 acres of the Sandringham Estate.

Stay at The Victoria Inn

Ramble through the Scottish Highlands and you may as well be skimming this famed peak on the French-Italian border. Rising 1,345m into the clouds, Ben Nevis is the British Isles’ tallest mountain, so its north-facing gullies are often dusted with snow.

Southeast of mainland Bali, Nusa Penida remains relatively untrammelled by visitors – and it’s going to stay that way for a little while longer. For a similar fix of coastal wonder, gawp at this natural limestone arch carved by the ocean some 10,000 years ago.

Stay at The Pig on the Beach

4. Mealt Falls, Isle of Skye, Scotland… to feel like you’re in Háifoss, Iceland

As southern Iceland’s Fossá river flows towards the Þjórsá, it tumbles 122m down a narrow gorge forming the Háifoss waterfall, one of southern Iceland’s most stunning. Reaching it can be tricky (though worth the effort); opt for Skye’s Mealt Falls instead – it’s half the height, but your followers will never know.

The only thing that differentiates Kynance Cove from its Sardinian counterpart is the flourish of moss atop the rocks that pierce its turquoise waters – oh, and the nearby café selling Cornish pasties. Head here at low tide to explore a network of caves.

So vast are the Son Doong caves that they house their own river, jungle and weather system, as well as the world’s tallest stalagmites. It’s (quite literally) a big ask to find something similar in the UK, but Gaping Gill is a good stand-in. Burrowed into the southern slopes of Ingleborough, it’s Britain’s largest natural cave.

While many villages in our green and pleasant land are touted as “picturesque”, this cluster of thatch-roof cottages on the English Riviera will make you rethink what qualifies as quaint. Sure, Normandy’s Veules-les-Roses has inspired a gallery’s worth of artworks, but we’d bet that Cockington will get you just as many likes on the ‘gram.

Stay at The Pig at Combe

8. Portmeirion, Gwynedd, Wales… to feel like you’re in the Amalfi Coast, Italy

You’ll probably be hard-pressed to find a glass of limoncello in this idiosyncratic Welsh village, but its fanciful historic buildings and smattering of flowers – yes, including bougainvillea – that lead to the sea make a decent dupe for the Amalfi Coast’s 13 pastel-hued villages. It even has an Italian-style gelato parlour.

Stay at This Grade II-listed cottage

Just north of Queenstown, above the coursing Shotover River, Skippers Road creeps along the face of the historic Skippers Canyon – it can at times make for a nail-biting drive, but the vistas more than make up for it. While you’re stuck on the other side of the world, make do with Cheddar Gorge in the Mendip Hills instead.

Stay at The Newt in Somerset

10. Lunan Bay, Angus, Scotland… to feel like you’re in Cape Cod, Massachusetts, US

The length of the UK’s coastline is about half that of the US – but fear not beach lovers, we have some great stretches along the shore. Overlooked by the ruins of Red Castle, Lunan Bay’s windswept blonde dunes are the spitting image of Cape Cod and a great spot for surfing, horse riding, fishing and birdwatching. 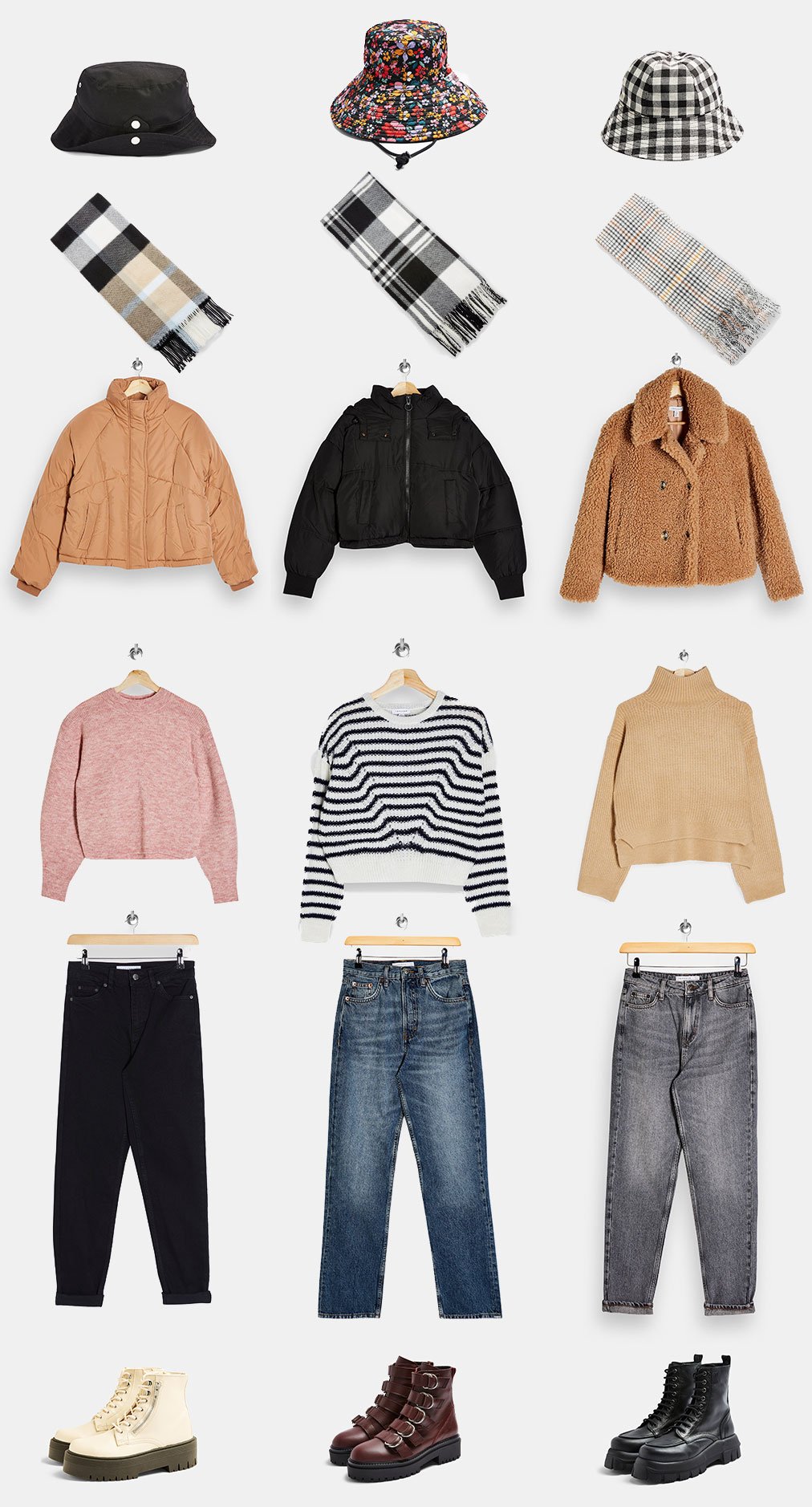 7 Of The Best Celebrity Halloween Costumes Of All Time

The Best Brands At Topshop To Discover This Black Friday 2020

The Craft: Legacy’s Cailee Spaeny, Lovie Simone, Zoey Luna and Gideon Adlon Told Us Why This Sequel Is Just As Magical As The Original

How To Plan The Perfect Stay-At-Home Halloween 2020

The Netflix Releases To Watch This January 2020

How, When And Where To Watch The Oscar Nominated Films Of 2020

Stay In The Know

Enter your email address to receive the Topshop newsletter

Welcome to the Topshop blog – a place to read about everything inspiring us from the latest fashion news to styling tips and our cultural tip-offs.